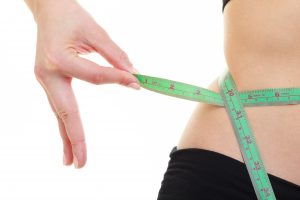 So, you’re thinking about having cosmetic surgery to remove that stubborn fat that you just get rid of.

But first, you need to do some research to find out what type of procedures are out there and which one is right for you.

While both traditional liposuction and the more advanced laser body sculpting are effective in removing fat cells from beneath the skin, there are differences you should know before choosing your next cosmetic procedure.

Keep reading to learn about what makes laser body sculpting different from traditional lipo, and why it may be a better option for you.

Let’s start by refreshing our knowledge on what exactly traditional liposuction is all about.

Liposuction has remained to be one of the most popular cosmetic surgeries in the United States since it got it’s start in 1974.

Last year, lipo was the number one most performed cosmetic procedure in the United States with 414,335 operations.

Liposuction, also known as lipoplasty, is a method that uses suction to remove fat cells from areas of the body that hold larger amounts of fat deposits.

For women, these areas usually include the hip, butt, and thighs. For men, the stomach is often the region that draws fat.

During a liposuction procedure, the suction tool called a cannula is placed under the skin and moved around to scrape fat from between the skin and muscle.

Sometimes this scraping can leave dimpling appearances where the fat has been removed unevenly. Think of places a towel down at the beach over an area where the sand is not smooth and flat.

Traditional liposuction is not without its downsides. While it may be more cost-effective than newer procedures, lipo involves extensive bruising, soreness, swelling, and longer recovery times.

Traditional liposuction calls for large incisions to allow for the movement of the scraping scope. Larger incisions means longer healing time for the client.

And then there’s the damage done to the tissues under the skin from the scraping (ouch).

Recovery can often take weeks, and clients must wear a compression garment for six weeks or longer.

In addition, traditional lipo uses general anesthesia, which means the client is put to sleep for the procedure.

There are many known complications connected to general anesthesia, and most operative issues are anesthesia related.

If you ask me, I’d rather just avoid the risk!

Also, having to have general anesthesia means the operation must be done in a hospital or surgical setting. I don’t know about you, but I’m not the biggest fan of hospitals.

So, What is Laser Body Sculpting?

Okay, now that we’re refreshed on what traditional liposuction entails, let’s move on to the good stuff.

While many still turn to traditional liposuction, the newest advancement– the addition of laser light– is getting a lot of attention; and for good reasons.

As you can probably guess from the name, laser body sculpting, also sometimes known as SmartLipo, uses a laser to dissolve the fat cells and make them much easier to remove with a smaller scope and smaller incisions.

Why is this laser so important?

The first laser has the job of heating and melting the fat beneath the skin so that it does not have to be scraped from the skin and muscle tissue (again, ouch).

Melting the fat also ensures that it can be removed smoothly and efficiently, preventing those unwanted bumps often seen with traditional liposuction.

Just think about sucking through a straw for a moment. Which is easier — sucking water through the straw or sucking chunks of fruit that have not been blended enough in your banana split milkshake?

You get the idea.

The second laser used in laser body sculpting is specifically used to find excess water in the skin tissue.

The laser sort of dissolves the water, tightening the skin and increasing collagen and elastic production, too. I know you have probably heard about the benefits of collagen for the skin in the media lately.

So, for anyone who has lost skin elasticity over the years, laser sculpting is highly beneficial to restore the skin and improve appearance.

This is something that you just can’t get with traditional liposuction.

The third laser is the reason why clients have significantly less bruising and soreness post-op.

Smaller incisions, no scraping, and less tissue damage all lead to a significantly shorter recovery time for the patient.

Normally, clients only need one to two “rest days” before they can return to their normal activities.

In addition, with laser body sculpting, customers only have to use a compression garment for three weeks versus six or more weeks with traditional lipo.

Local anesthesia is used with laser body sculpting, meaning you get to stay awake and avoid those common complications seen with being put to sleep.

This also means you don’t necessarily have to have the procedure in a hospital, which could save you money and hassle.

Going along with recovery, patients who get laser liposuction have much less pain and soreness after the procedure, thanks to that three laser system.

I don’t know about you — but I’ll take less pain any day.

Is Laser Body Sculpting is Right for You?

Now that you have the facts and see why people are choosing laser over traditional liposuction, it’s time to find out if you’re a good candidate for laser body sculpting yourself.

With any procedure, it is also helpful to learn more about the technology used.

Verju laser technology is as advanced as they come, providing greater results in less time.

Be sure to ask providers if they’re using Verju before you make your decision.

This entry was posted in Informational, News. Bookmark the permalink.