Interested in doing your body good? Then you may have heard of—or even tried—detoxing. “Detoxing” refers to a range of diets and products used to rid the body of toxins and unhealthy substances. This is supposed to leave your insides clean and in proper working order. But does this even work in the way these products promise? Science says no. Here, we dive into the myth behind detoxing. 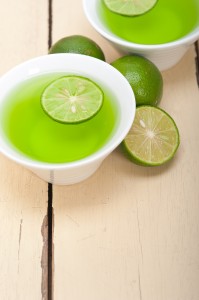 Toxin in its basic definition is any substance—usually derived from an animal or plant, such as poison or venom—that, when present in low concentrations in the body, causes disease. The Centers for Disease Control and Prevention (CDC) released a report in 2010 that tested for 212 compounds in the body. They found that in most individuals tested, toxins such as arsenic and perchlorate were present. These toxins can be acquired through drinking water, in foods we eat, and off our cookware.

Certainly, we don’t want these toxins in our bodies, and that’s where the idea of detoxing comes in.

Detoxing says that you can change your diet for a short period—such as drinking nothing but a lemon water, maple syrup, and cayenne pepper mixture for 10 days—and you can walk away from your detox regimen free of those toxins and other “bad” chemicals in your body. But does this actually work?

Is There Evidence Supporting Detox?

Fitness expert Ben Greenfield points out in his Huffington Post article that there is some truth to detoxing. Hexane extract of spirulina, for instance, has been shown to help remove arsenic in body tissues.

The problem is that most products that claim to “detox” the body have no scientific support to confirm their effectiveness, nor can the companies explain how they detox the body.

In fact, the Sense about Science charity in the UK assembled a team of scientists back in 2009. This team contacted 15 manufacturers of detox products and came back with several interesting results:

Other detox methods like colon cleanses don’t make a whole lot of sense considering the colon already uses natural mechanisms to reduce toxin buildup. And, sure, maybe you’ll lose weight on the “Master Cleanse,” but by no means does that mean the toxins are gone from your body. (And the weight is only gone because you’ve not eaten anything for a week and a half.)

The Guardian points out a range of other products that claim to detox but do nothing of the sort. For instance, they say, “Detoxing foot pads turn brown overnight with what manufacturers claim is toxic sludge drawn from your body. This sludge is nothing of the sort – a substance in the pads turns brown when it mixes with water from your sweat.”

The detox market is “a scandal,” says professor Edzard Ernst of Exeter University. Essentially, the market is built off gullibility, and it aims to feed off consumers who want to feel healthy again after overindulging in fast food or holiday feasts.

So what does work? Before you jump too far into detoxifying your body, it’s important to know that your body detoxifies itself naturally. After all, if it didn’t, most of us would be dead. Thinking back to the CDC report mentioned above, let’s consider that they tested both blood and urinary samples. If toxins are being found in the urine, it’s likely because the body is doing its job and ridding itself of these toxins. That being said, you can detox without buying into fancy diets.

The two main organs that contribute to this process include the kidneys and the liver. It’s the kidney’s job to filter the blood and remove excess water and wastes from the body through urine. Your liver helps by breaking down toxins and binding them to other molecules to create non-toxic molecules, which you then excrete through your urine.

So, if your body already naturally works to rid itself of toxins, how can you aid in this process? It’s certainly not through popular diets and detox products. Instead, the best thing you can do is eat a healthy diet and live a lifestyle that promotes healthy body functions. For instance, avoid too much alcohol since this can damage the liver. Drink plenty of water, avoid highly processed foods, and opt for healthier sources of fat, such as from fish and nuts, and your body will thank you.

You can also make an effort to avoid toxic chemicals. Obviously, they won’t be completely avoidable since they’re all around us in small doses. However, you can take steps to prevent ingesting them, such as replacing your non-stick cookware, which can be coated with toxic chemicals, some of which can make their way into your food.

While there is some truth to detox, the market built around it doesn’t hold a candle to what your body can do on its own. The detox market makes their diets, tablets, and even spa retreats sound fancy, but a healthy lifestyle and a good diet is going to do more for you. What will you do to promote your body’s natural detox functions?

This entry was posted in Informational, News, Weight Loss and tagged detox, Health. Bookmark the permalink.